Our ancestors evolved the most during the Paleolithic period and became very adept hunter-gatherers. Dr Loren Cordain, Arthur De Vany, PhD and biochemist Robb Wolf studied the evolutionary and dietary traits of our ancestors and came to the conclusion that our genes perform better when we eat the food choices that were available during this time.

Changing your eating habits and overall diet can seem daunting but it's not impossible. Chances are, if you stick with a paleo diet for a month, there's a very good chance that you won't ever go back to your previous food and lifestyle choices.

Whether you’ve just started thinking about committing to a paleo lifestyle or have been trying other dieting regimens, food choices are typically a major reason why most diets aren’t followed through with, let alone a paleo diet.

After getting your body used to eating simpler, real foods, you'll lose the desire to fall back to your old eating habits. Processed “foods” will quickly begin to be eliminated from your diet even faster after you discover their effects from not eating them so often.

You may find that even your favorite comfort foods may simply lose their appeal because you begin to either notice the additives more or your body rebels afterwards because the processed ingredients conflict with your new lifestyle conditioning.

Foods to Avoid on a Paleo Diet

While paleo diets completely redefine your relationship with food, that doesn't mean you have to starve yourself, eat bland foods and leave yourself unfulfilled with your food choices, especially when it comes to your snack food choices.

What are the health benefits of a Paleo Diet?

In today’s article we discuss how modern foods have given rise to countless new ailments and conditions and how paleo offers you the ability to take back control of your health.

In other articles we’ve talked about the foods you can eat and avoid on a paleo diet and today, we're going to be talking about the potential health benefits of a paleo diet.

Choosing the Paleo Snack that’s Right for you

One of the major advantages of starting a paleo diet is in fact, going back to choosing simpler food choices and being a lot more aware of what goes into your body.

Now, this being said, everybody’s different and oh yes, everyone has their own taste.  From the image above you can see that a paleo-dedicated diet has simple food choices to help you start feeling better and healthier by nourishing your body with real food but we're only human and we still have cravings.

From Honey to Hot Sauce

The number one thing you need from your paleo snack? From honey to hot sauce, sticking to a paleo diet requires flavor...with and from pure and simple ingredients and prepared responsibly without harmful additives and ingredients.

Whether you call it the Paleo diet, Primal diet, Ancestral diet, Original diet, Evolution diet or the Caveman diet, by avoiding modern food choices that most people aren't adapted to, you can improve your health, prevent diseases and can nourish your body and health by eating real food, the kind of food that was available to our ancestors for thousands of years.

While we're not recreating the lives of our ancestors, the food choices provide a solid ground to help determine the best food choices for our bodies.

While we've discussed some of the best raw food choices for a paleo diet, we want to look deeper into a few of the more popular paleo snack options that can help you stay satisfied and help keep your cravings for processed foods away.

What are Paleo Bars?

While paleo diets are about minimizing processed food intake, paleo bars are an amazing choice for a snack or a meal replacement over fast and junk foods. Paleo diet bars are perfect for quick snacks after workouts, traveling or anytime you have a craving and don't want to choose an unhealthy food option for yourself.

If you're interested in incorporating paleo bars into your diet, we recommend trying out different flavors and options for your paleo bars. Mega Bars & Skinny Bars are variations of the paleo bar and have different formulas based on your health and dieting goals.

Mega Bars are snacks fit to be a meal and are a bigger and healthier option for those with larger appetites.

With a lower calorie count overall, Skinny Bars provide big relief to big cravings while giving you only the essentials you need.

The best paleo bars are gluten-free and dairy-free while also incorporating cage free eggs and organic ingredients and give you all of what you need from a paleo snack without the guilt.. 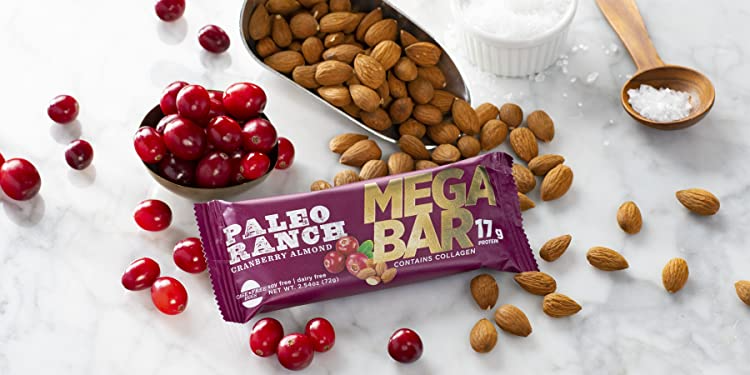 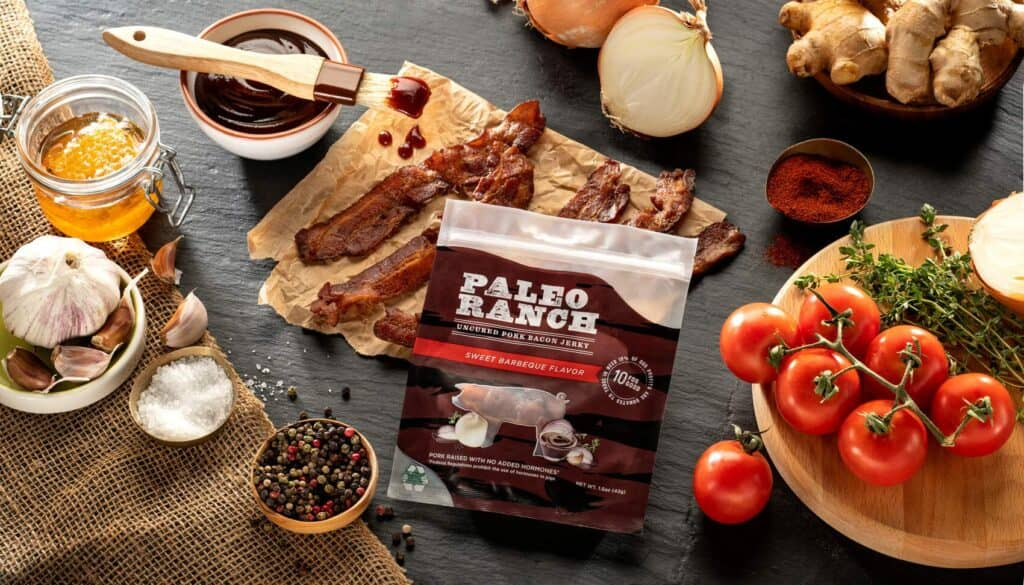 While we love jerky, as we talk about paleo jerkies including bacon jerky and beef jerky, it's important to mention that red and fatty meats have the potential to raise cholesterol and before you consider incorporating paleo jerky into your diet you consult your physician before and during your diet changes to learn how your changes affect you.

What to Consider When Purchasing Paleo Jerky

Whichever paleo jerky you choose, it's important to ensure your protein snack isn't packed with hormones or additional additives with the best being unprocessed. 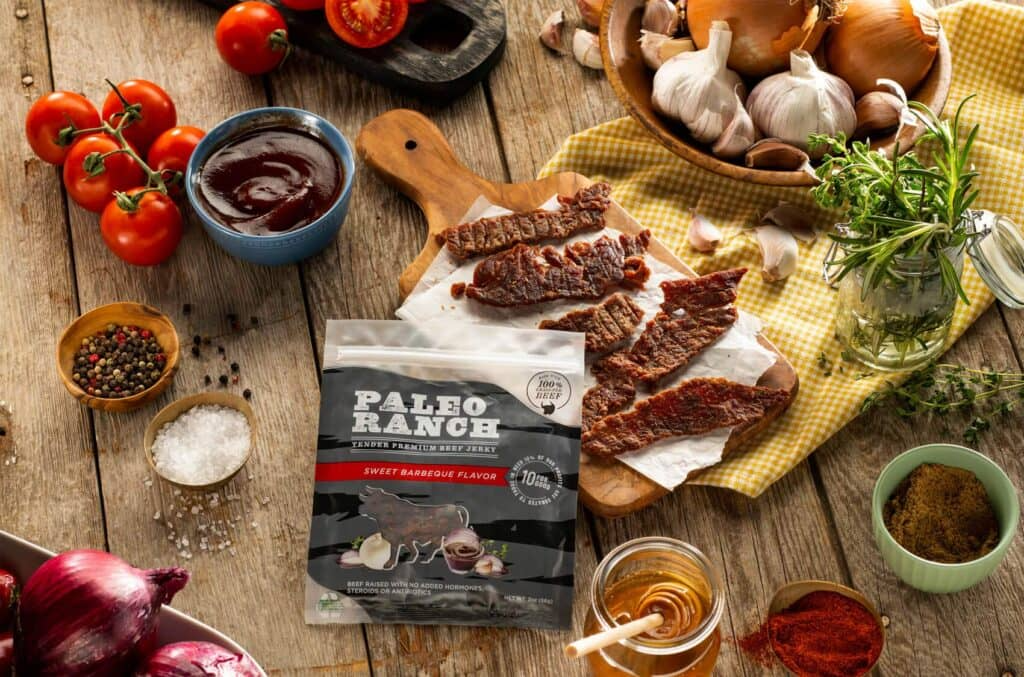 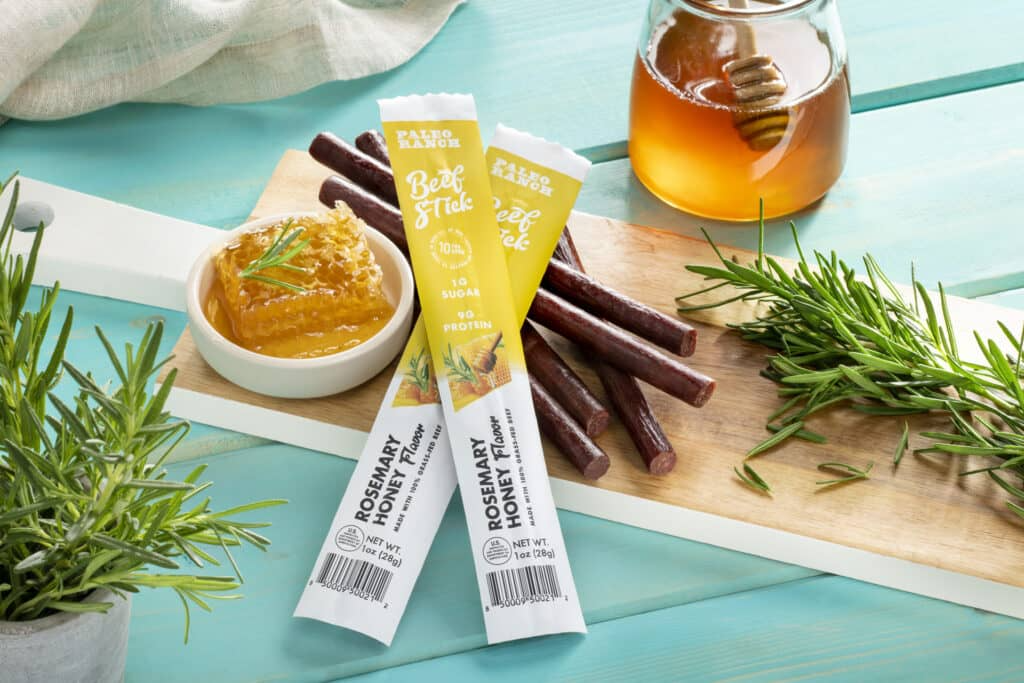 Everyone loves beef, but everyone likes it better when it's just beef. Cruelty-free, hormone free and flavored paleo protein beef sticks give you a healthy snacking option that gives you another great snacking option to continue with your paleo lifestyle. 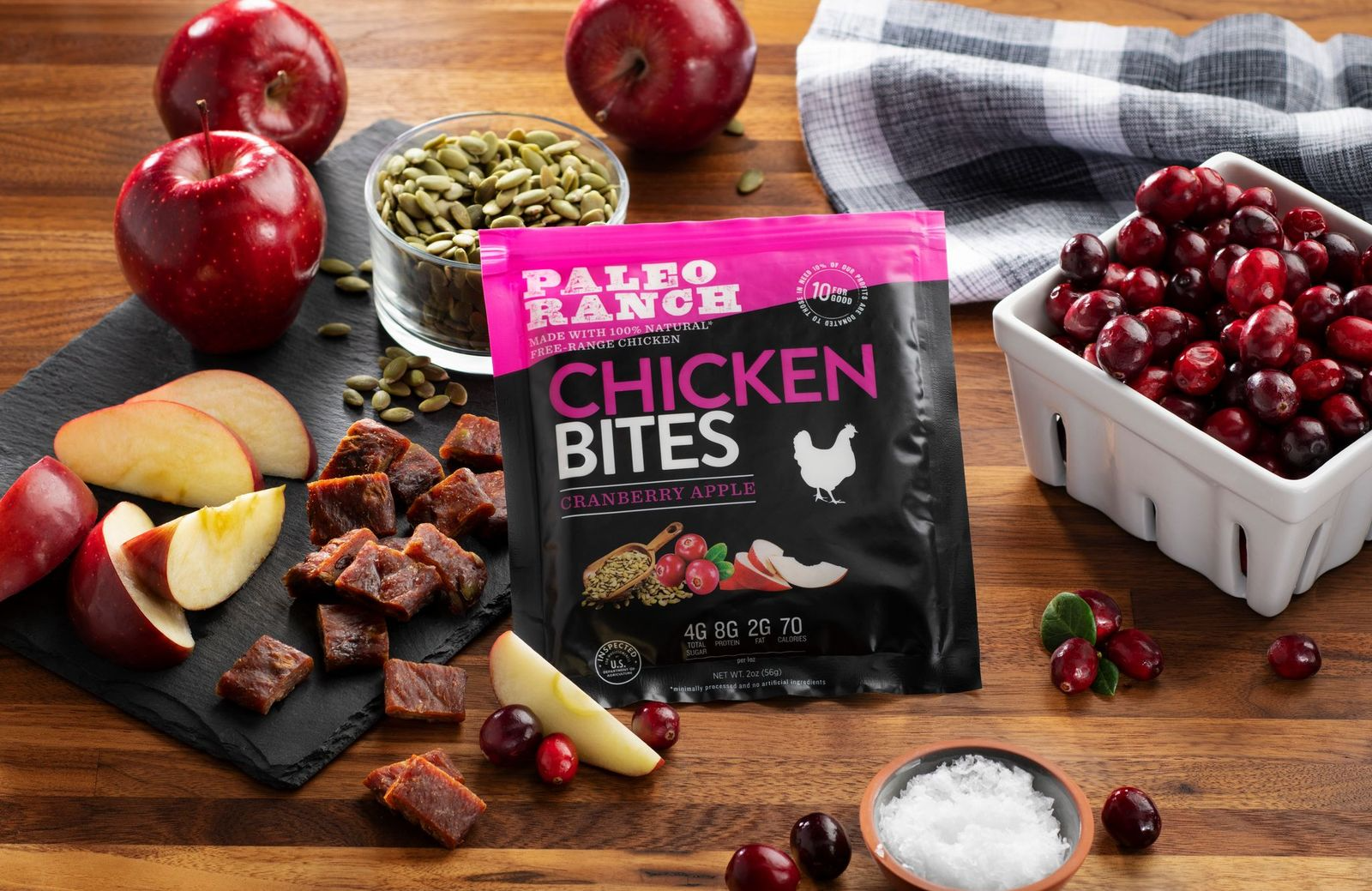 Find the right Paleo snacks that fit your lifestyle, your taste buds and keep you wanting to come back for more! 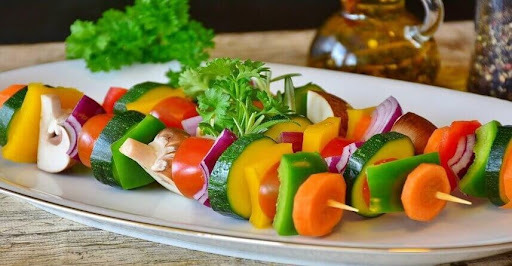 Other Considerations to Your Paleo Snack Choices

When you first try paleo snacks, they may affect your body quickly.  It's common after having your first paleo snack to need to find a bathroom quicker.  This isn't because the ingredients are bad for you, but quite the opposite.  With paleo snacks, you're consuming products specifically made to be simple, with simple ingredients  and this isn't something your body may be used to.

While talking about the things that go into your body and the foods you eat are prepared, it’s also important to mention the treatment and the condition of the animals that we eat. 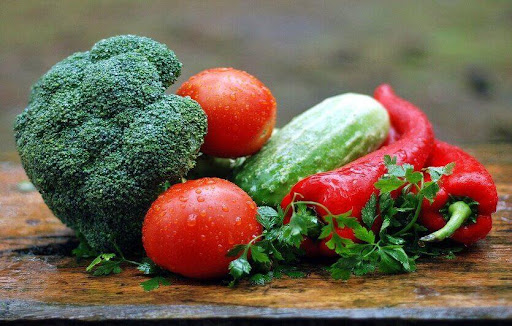 Before Considering Changes to Your Snacking Options

Habitually checking the ingredients in the snacks you buy is an important first step to changing the way you eat. It is not a one-size-fits-all approach, but it is the best place to start learning about how the foods you eat make you feel.

However, before actively and abruptly changing habits, discuss with your doctor the eating habits you're seeking to change and how it may affect you. 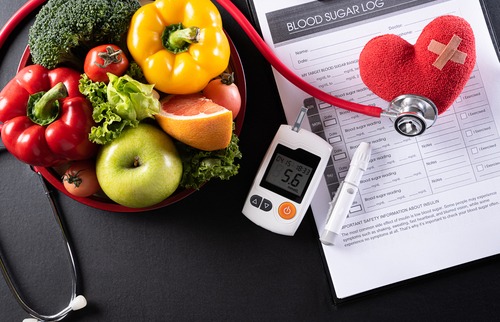 Before and after starting a paleo diet it’s important to speak with your doctor about implementing major changes to your diet.

As you start implementing alternative food choices, it's important to pay attention to your cholesterol, blood pressure and blood sugar changes and how you generally feel overall.